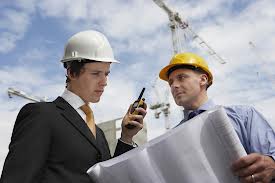 Subjects within the field of management and construction technology, such as Billing priced bill of quantities for engineering structures and buildings or Technical administration, were introduced to Civil Engineering department of the Higher School in 1898. These changes were followed by thoroughgoing reform of the higher education, carried out on the base model of leading European universities including technical high schools.

The Department of Construction management and economy was established in 1966. Previously, the subjects and the staff of this department were part of the Department of Roads and Railways.

Immediately after its establishment in 1968, the Department began with preparation of curriculum for the new Sub-department of management and construction technology. Postgraduate master and doctoral studies were formally launched in academic 1970/71 year and were held until 2006. Huge number of students has graduated and received the degree of Master of Science on this department.

From academic 2005/06 year, the curriculum has been reformed in accordance with the Bologna Process, and implemented by the Act on Higher Education. The reform has brought three academic programmes: undergraduate, graduate and doctoral. These study programmes are implemented within the modules, including the Module for management and information technology in civil engineering for all three programmes. This module is highly popular. In so far, more than 2000 students of the Department have graduated and a great number of doctoral students has successfully defended their dissertations from the scientific fields that belong to this department.

Today, the Department has established cooperation with departments from other faculties in our country, as well as with some eminent European universities. Activities of the Department include organization of seminars, scientific and professional meetings and lectures for engineers and other experts from the profession.

! Optimized for Firefox, Chrome and IE 9+